There are a lot of developments happening in the world of cryptocurrency and blockchain technology. And much like anything in life, there is a risk to everything that comes with this new way of living. In light of these risks, three famous names from cryptography give their thoughts as they highlight four ways how decentralization can be achieved. 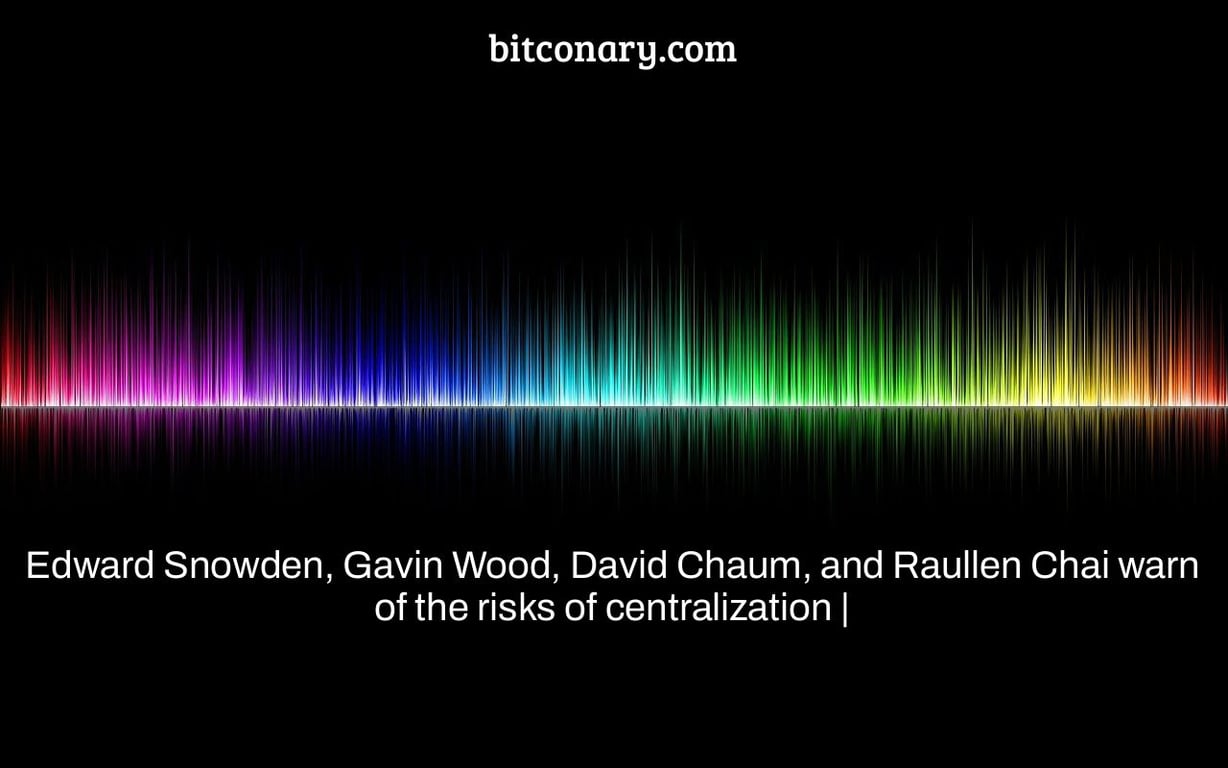 According to Snowden, “the US government for the first time was able to seize control of an infrastructure that had already started to worm its way into every house, every office, and now, every pocket” after 9/11.

According to Snowden, this new kind of tyranny and persecution developed after 9/11 and with the use of technology.

“Covid-19 killed many more people than the 9/11 terrorist attacks, but also influenced US national policy (toward the rest of the world) in a very detrimental manner for two decades.” We went to conflicts that we could never get out of, and most crucially, we secretly redefined the United States Constitution and what all of our laws meant,” he stated.

He added that the United States took advantage of the technology that was used to create cellphones. As the “United States worked in secret with first mover advantage,” Snowden added, “technology is what truly shifted, I believe, in a historic sense.”

He went on to say that the US then worked along with its five Anglophone allies, the United Kingdom, Australia, New Zealand, and Canada, to “essentially strive to build what they would call information supremacy on the internet.”

Former NSA intelligence analyst turned whistleblower Edward Snowden detailed how intrusive their control had become, claiming that they could eavesdrop on anybody in the globe by just inputting their email or IP address into monitoring software. And this is what gave rise to what was dubbed “global mass monitoring” in 2013.

According to Snowden, Facebook, Amazon, and Apple spy on people, listen in on them, and use information and advertising to control and affect our lives, despite the fact that today’s generations largely read headlines.

In a video panel discussion with Edward Snowden, Gavin Wood, co-founder of Polkadot and Chairman of Parity Technologies, took part. Wood, an Ethereum co-founder, expressed his own point of view using his unique style of language, which reflects his more calculating and quantitative outlook.

“They will cease to have this value proposition that bitcoin had, and they will become just like another sort of centralized service, not wholly different from Amazon, Google, and Facebook,” says the author.

“We’re going to see exactly how much the world cares about privacy, self-sovereignty, and transparency, knowing that the rules–the assumptions about how a system or service works–are real,” Wood said.

Looking forward, Wood, an Ethereum co-founder, stated, “I expect the “massively multi-user application architecture –global services that we widely refer to as the Web’–will give us with ‘de facto’ assurances in approximately ten to twenty years.” What was absent in the pre-blockchain, pre-peer-to-peer world were hard assurances on the rules that were open and transparent–that we could understand, whether in code or in English–and a reasonable conviction that they would be obeyed.”

At the BlockDown, David Chaum, a computer scientist, cryptographer, and pioneer in privacy-preserving technology, also took the virtual stage. He, too, has spoken out against centralized institutions like as governments, banks, and social media platforms that gather and exploit people’s data.

“I know that if I lose access to my Bank of America account, I can simply contact someone and get my password changed if my identification is verified.” This is due to the fact that banks hold their customers’ data and, as a result, have control over their accounts. According to Chaum, “access to personal data has become normal on social networks like Facebook.”

Chaum also said unequivocally that he opposes the centralization of money and cryptocurrencies, such as bitcoin. “Decentralization is the polar opposite of centralization,” Chaum said, before lamenting that we live in a culture that “forces us to function in a centralized system, where we have no control or privacy of our information.”

The perils of centralization in the modern machine economy, by Raullen Chai

Dr. Raullen Chai, a well-known scientist, cryptographer, and co-founder of IoTeX, talked separately about his blockchain project but depicted a terrible scenario that was comparable to the one mentioned by Dr. Chai.

Dr. Chai was referring to the birth of a new machine economy that would allow individuals to regain control over their privacy, data, smart gadgets, and the value they produce in the future. “Unfortunately, it still does not operate that way,” he remarked.

He said that “right now, machines are fueled by centralized organizations, cloud computing, and manufacturers.” “This is not the best course for us to take.” The existing and future workforces get monopolized as a result of centralization. This is terrifying and poses significant hazards to mankind.”

“For example, if Tesla owned all of the driverless vehicles globally, it would be incredibly simple for Big Brother (central authorities) to destroy anybody at any moment by just pressing a button,” said the cybersecurity expert and former Google and Uber computer engineer.

“Smart and automated devices should not be owned or controlled by centralized companies,” Chai stated, adding that “this is why IoTeX’s aim is to power billions of machines at scale for the benefit of people.”

Web3 has a lot of potential, from privacy to people’s authority over central authorities and institutions. Those centralized authorities now use their authority to impose more control and influence over the population. They earn and benefit from the value generated by their immoral exploitation of our data and smart gadgets.

Sanctor Capital’s latest mentees double down on NFTs, GameFi, and the metaverse |