Crypto enthusiasts have been taking a keen interest in the M3 Serum, considering it to be one of their favorite collectibles. Taylor Gerring is now set to livestream the Mega Mutant Ape reveal on YouTube, which will bring even more attention and hype than ever before. 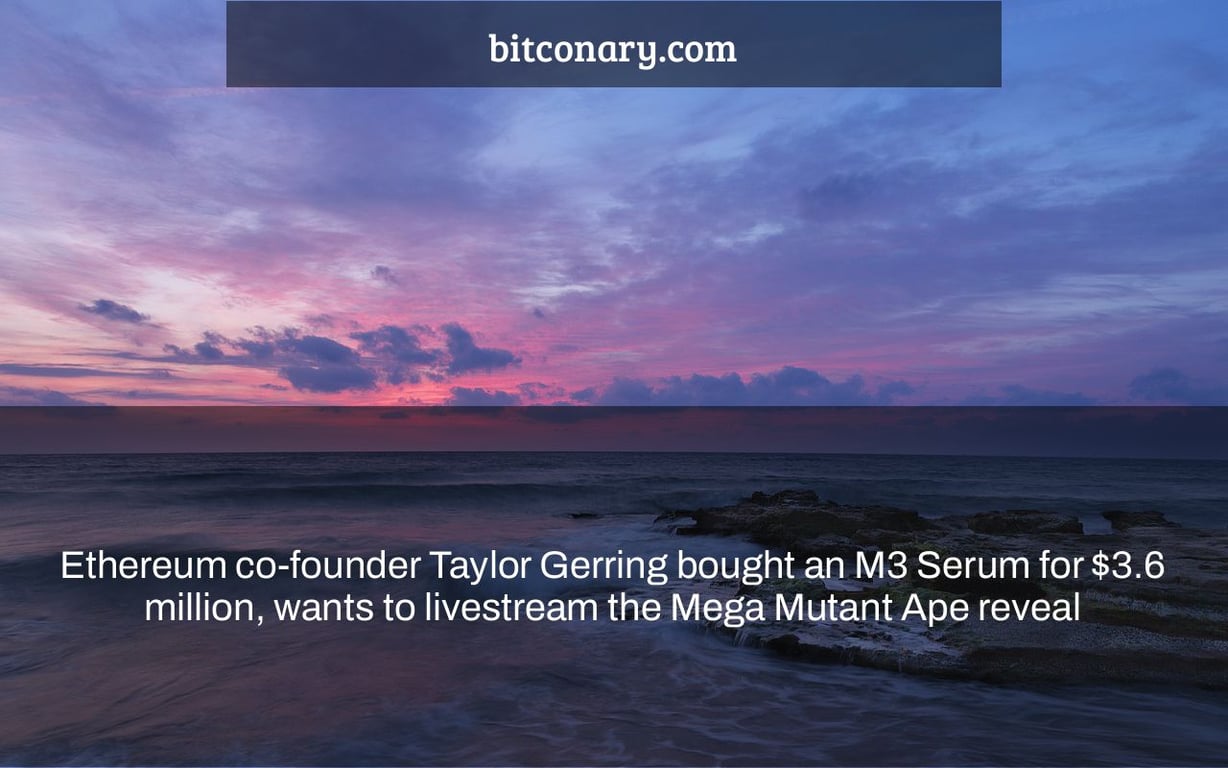 Taylor Gerring, the co-founder of Ethereum, recently bought a Bored Ape Mega Mutant Serum NFT for 888 ETH ($3,6 million) from a vendor who got it for free as a member of the Bored Ape Yacht Club (BAYC).

The revelation by the new NFT owner that he would be livestreaming the serum drinking event caused a big impact at the world’s most renowned yacht club, as the BAYC community was ecstatic to see the new Mega Mutant revealed.

The Mega Mutant Ape has been revealed.

Gerring got the M3 Serum NFT from a merchant who got it for free since he was a member of the BAYC group.

Mutant Serums are part of an NFT collection known as the Bored Ape Chemistry Club, and they come in three tiers: M1, M2, and M3, with M3 being the most unusual.

According to the notion, each of the 10,000 Bored Apes may only get one serum hit, allowing 10,000 Mutant Apes to take their place.

Gerring’s announcement on Twitter that he will webcast the Mega Mutant Ape revelation sparked quite a stir among the BAYC community.

On December 28 at 9 p.m. Eastern Time, the serum drinking event will take place.

During the Christmas shopping week, these are the top ten NFT sales.

According to DappRadar, “Mutant Apes with the Mega characteristic have moved wallets on a number of times, going up to 350 ETH a few months ago.”

Gerring’s Mega Mutant Serum purchase was the most costly in the last week, according to DappRadar’s top 10 NFT sales list. 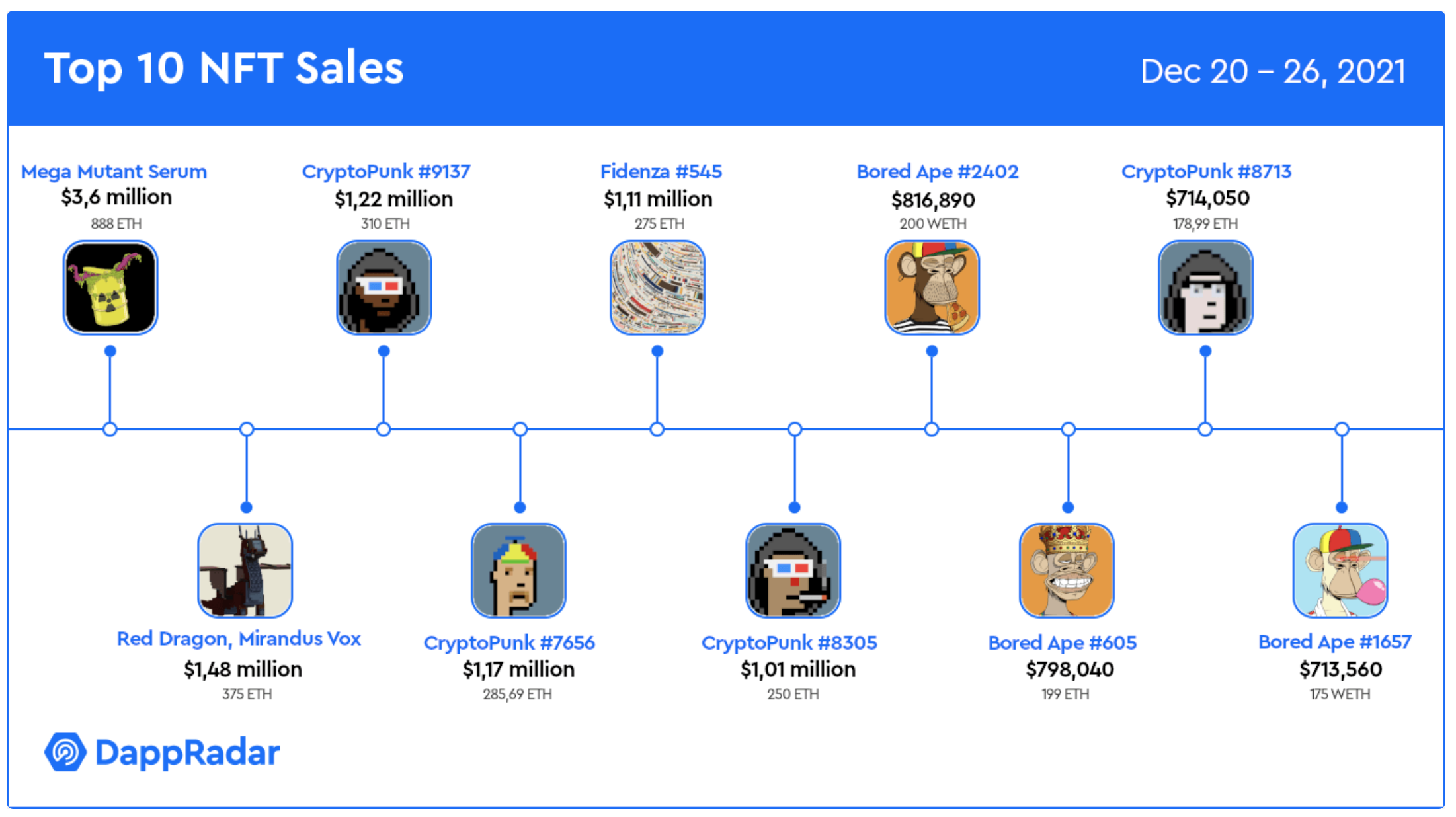 Will Kava turn the corner after the Kava 9 upgrade?

These 300 CryptoPunks may be lost forever